A couple of weeks ago I visited the Trials Field at RHS Garden, Wisley in Surrey and was shown round by Sabatino Urzo, RHS Trials Mananger, who told me about the different trials and the work that The Royal Horticultural Society does with regards to trialling plants.

The RHS has been trialling plants for many years, but it is perhaps more important now than ever.  In a time where new plants are coming into the market every year , it is difficult for private garden owners to know which plants they should choose. We’ve probably all bought a new plant in the garden centre, being lured by a colourful label and promise of flowers and growth for ever and ever, but after a few years, if that, we’ve realised that the plant is actually not performing at all. Believe it or not, but there are some plants that will thrive good in a sheltered nursery and garden center environment, but who will not like the reality of a garden. 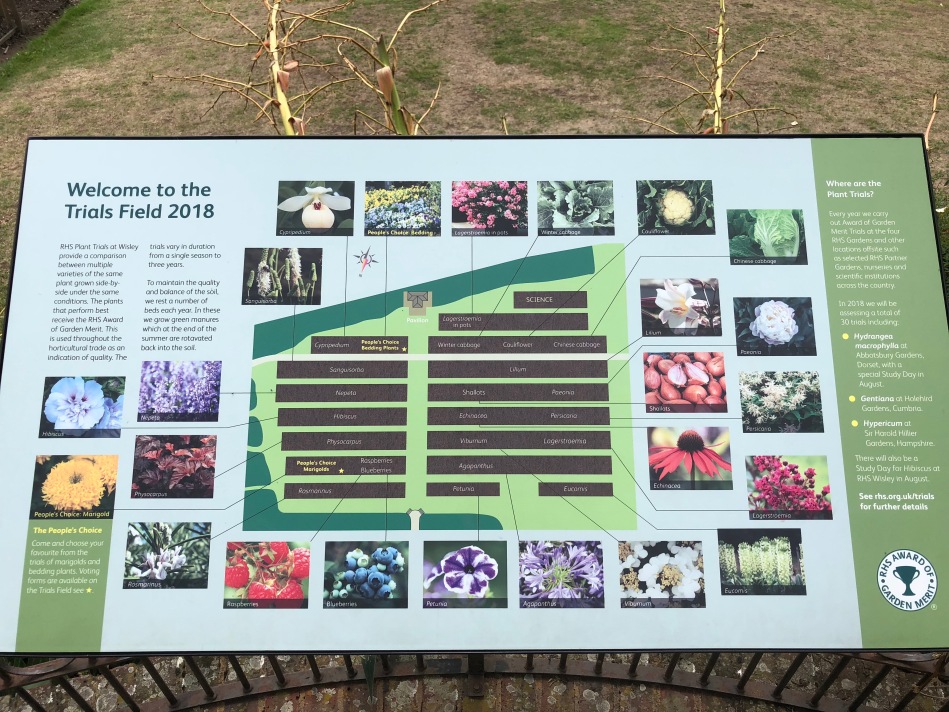 After trialling for a given number of years, or a round table discussion, plants that are deemed worthy will receive an Award of Garden Merit, and this award will let you know that the plant is likely to perform reliably in your garden.

The RHS are currently running many different trials at Wisley, but also at other RHS Gardens and Partner Gardens. Two trials that really caught my interest when visiting in august was the Echinacea trial and the Sanguisorba Trial. But I’ve visited earlier in the year when the Peony and Lily Trials were looking stunning too.

There seems to be a steady stream of new Echinacea hybrids hitting the market. Not just pink and white, but also yellow, salmon, orange and red varieties, both single and double. We have bought loads and planted in our garden, and found that some of the varieties have grown smaller and smaller year by year, so it was with great interest that I got to see which varieties have performed well in the trial. The plants are still being assessed so it will be very exciting to see which plants will be awarded The AGM. And off course there were empty spaces in the trials beds where varieties that had died out had been. It was also very interesting to see which varieties had not done well at all. 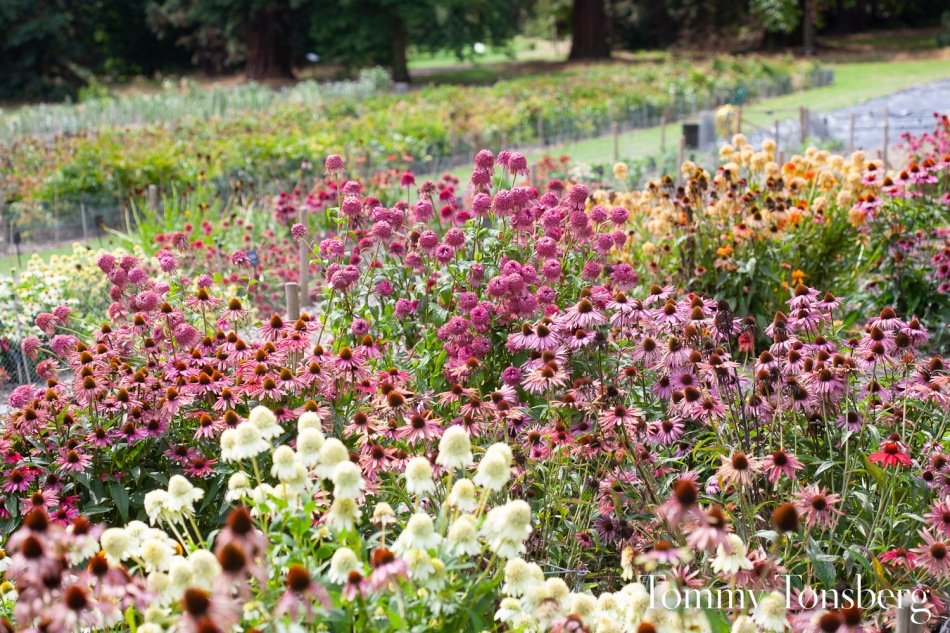 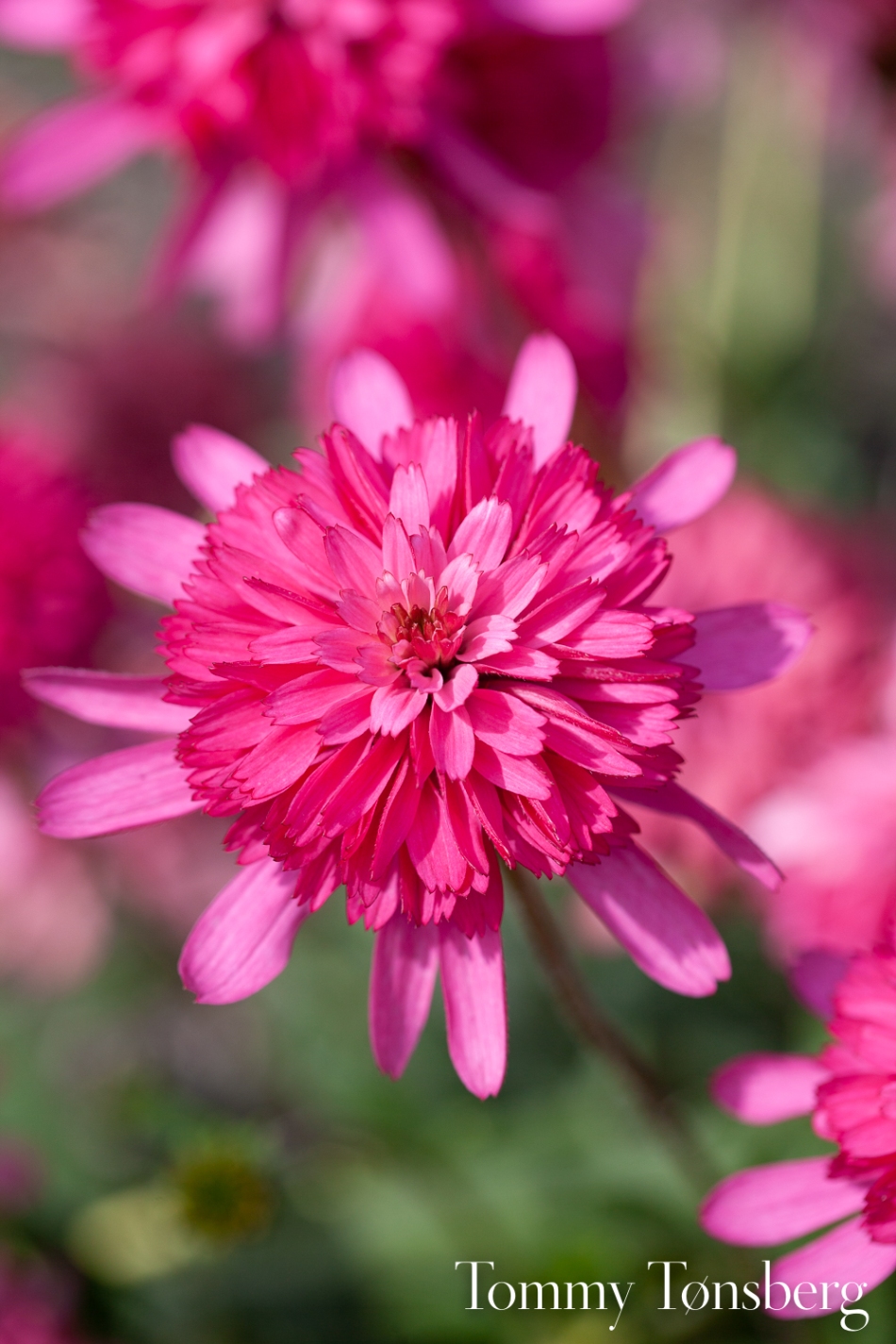 Sanguisorba is another genus that we have really noticed the last years. We grow several varieties in our garden and nursery, but even though I felt we grew many here, there were loads more in the trial.

It will be very exciting to see which varieties will be awarded the AGM. I shall follow it closely. All results will be published on The RHS website when they are judged, so keep an eye on it. 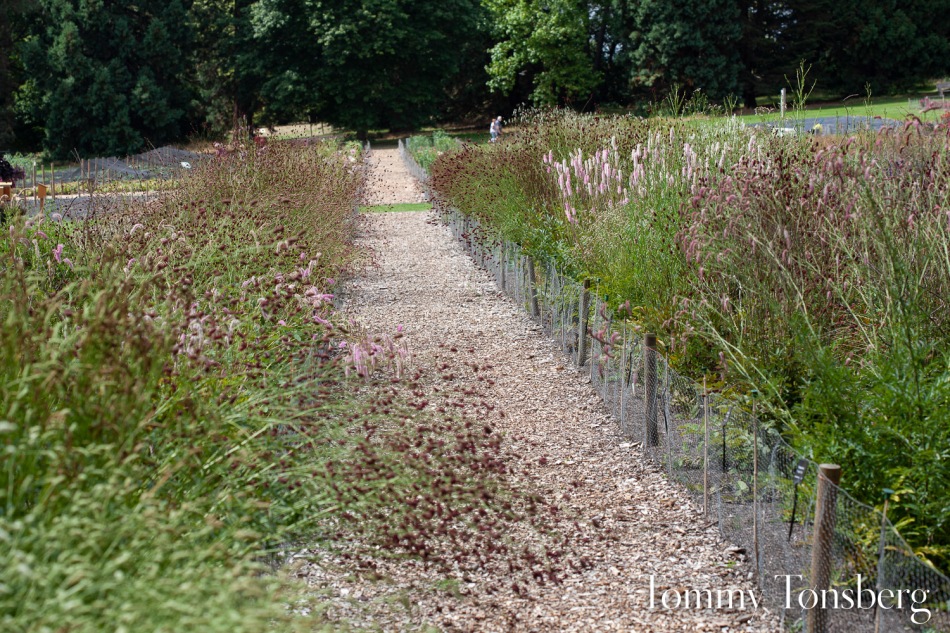 0 comments on “A visit to The Trials Field at Wisley”