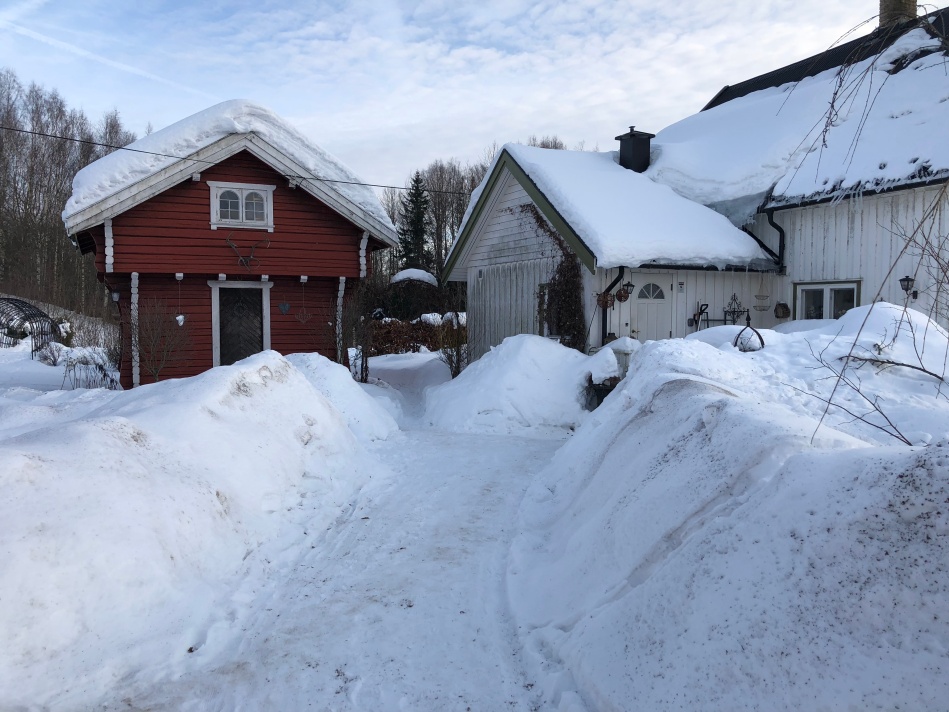 The biggest problem with gardening in Norway is not to get the plants to root into the glacier, but rather keeping the polar bears from knocking them over…

Well, this might not be completely true. In fact we don’t have polar bears in Norway, and there are only a few glaciers and unfortunately they are getting smaller.

Norway is a long and narrow country. Few people realise just how long it is, but if you stick a pin in the southernmost part of the country and “flip it around”, the northern part of Norway ends up in Northern Africa. Therefore there are a lot of different temperatures and climates from south to north, and from coast to mountain top.

The whole reason we can grow anything in Norway is because of The Gulf Stream. It flows up the entire coast of Norway making the coastal climate quite mild. Mild at least  compared to what you might expect from areas so far north. Since it is the effect of The Gulf Stream that warms up the coast it also means that as soon as you travel inland the temperature changes drastically. A coastal garden will be much milder than an inland garden only a few kilometers away. This is particularly true along the fjords where the sea warms up the areas around the fjord, but as most of our fjords have tall mountainous areas rising up in close proximity, you can easily go from flowering crocus and snowdrops in gardens at sea level to several meters of snow, just by travelling a short distance uphill.

Some areas of Norway, like the south west has a climate with mild winters, and in some areas salad crops are grown in the fields all winter through. In inland gardens, like ours, although we are quite far south in Norway, the ground freezes solid in november and does not thaw until March–April.

Because this varied climate can be challenging for growing certain plants, The Norwegian Horticultural Society developed a Plant Hardiness Zone Map (It’s in Norwegian) to guide garden owners to chose the plants that were most likely to survive in their climate. The country has 8 Plant Hardiness Zones, Where zone H1 is the mildest, and H8 is the toughest/coldest/zone with the shortest season. The mountain zone is above the tree line so not generally good for growing any woody plants. All, or most plants in the garden centre will be marked with a hardiness number which shows you if this plant is likely to survive in your climate. The Plant Hardiness Zone system was first and foremost developed with woody plants in mind. Even though our winters are generally cold, they also normally stay dry. If we get snow, an insulating blanket that will help many plants survive even in the harshest areas of Norway that is always a plus. Any plant that does not grow taller than the snow will usually be safe from the cold, but not always the mice.

Our garden has a typical inland climate. Warm summers, cold winters. It is not uncommon that the temperature drops to minus 25–30C for longer periods in winter. In July we might have +30C daytime temperatures, but also just for shorter periods. We usually have snow, not too much, luckily, but between 50cm to a meter is not uncommon where we live. As I mentioned earlier, the ground freezes in november, so everything we want to plant needs to get in the ground in good time before that so it can root properly. Wait to long to plant your Narcissus in autumn so that they don’t get a chance to root properly and you won’t see them in spring.

We usually have our last nightly frost in late May, and our first frost of the autumn in september. Even though we have cold winters and a short season there is a lot of plants that we can grow, from all corners of the world. I hope I’ll be able to show you some of them in this blog. Even if it does get cold, and we have a lot of snow, something that people might think is very challenging, the biggest challenge for gardening, in our opinion, is the very short and hectic season. As soon as the snow goes in late March, early April everything kicks into growth and very soon everything is green. It’s a race against time to get all the tasks done before everything has grown too much. 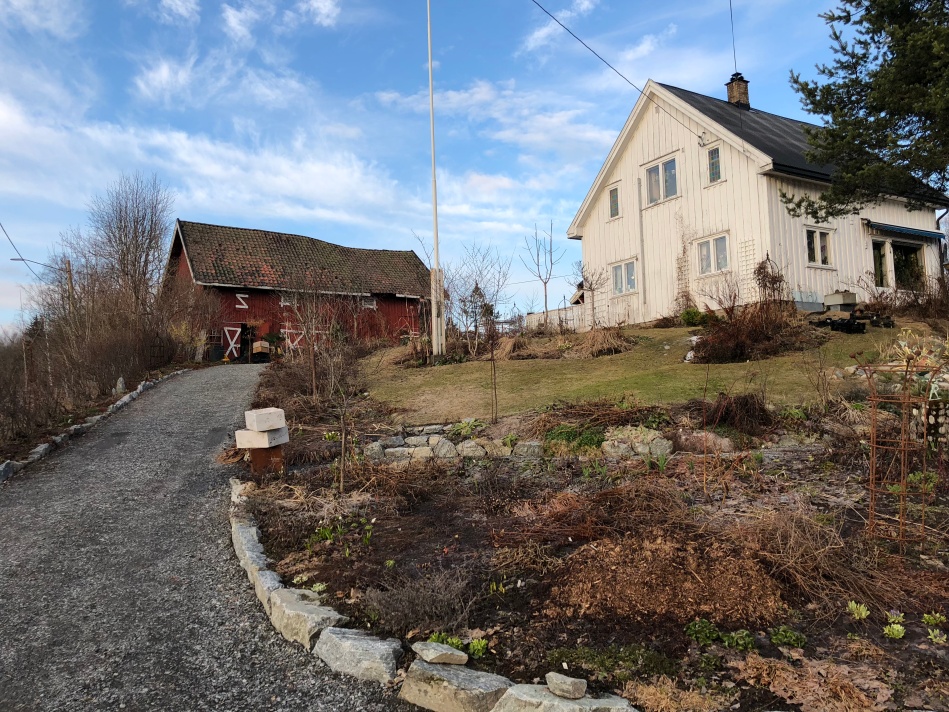 8 comments on “Gardening in Norway”